TurtleNet 1: Setup, and The Big Picture

Enough with the intro fluff- let's jump right into it!

Here's the architecture diagram from the last article. I'll walk through what each part means, and how it'll correspond to stuff we have to set up. (Click here for a bigger version!)

The purpose of this particular article is to give a very high-level overview of the components in my setup, such that someone already familiar with how and why we need each part can see which solutions I chose.

If you're not sure what most of these things are, that's alright! I'll break down each step in future parts.

A Summary of the Summary

Here's the super short 30 second version of this already heavily condensed article for all the busy people out there!

A homelab refers to a server whose hardware is fully controlled by the person hosting it, and lives in a non-commercial environment like a home or school.

Using server hardware (which is basically just another computer), we can run software like Proxmox to manage virtual machines (VMs), which are full operating systems run within the server.

VM's allow us to host a variety of services using the same hardware, even if they have different requirements.

To allow my VM's to talk to each other (and to host private services that only I and trusted users can connect to), I use ZeroTier, which is a software-defined networking solution that simulates a network switch online.

Then, to allow others to access my public services, I run a reverse proxy on an externally-hosted VM with a public IP address to redirect all requests to their internal locations without exposing where they really are. I then create DNS records to map friendly domain names (like blog.bencuan.me) to that public IP address.

Here's my physical server! As you can see, it's basically just a modern mid-range consumer desktop.

Interested in building your own computer for the specific purpose of homelabbing? Jump to Part 1.5 for a guide explaining why I chose those particular parts.

Why did I use consumer parts?

It's generally more popular for established homelabbers to build a full rack-mount setup using enterprise hardware, since that's the kind of stuff that's designed to be running as a server.

However, for newer homelabbers and those who don't need as much performance, I believe that using consumer hardware is generally a better choice for the following reasons:

As I've mentioned a couple times previously, my setup of a purpose-built consumer PC is only one possible way to start a homelab! Here are a few others, and some notes about them:

When you imagine a server in a datacenter, one of the first images that comes to mind is probably the rows upon rows of networking cables: 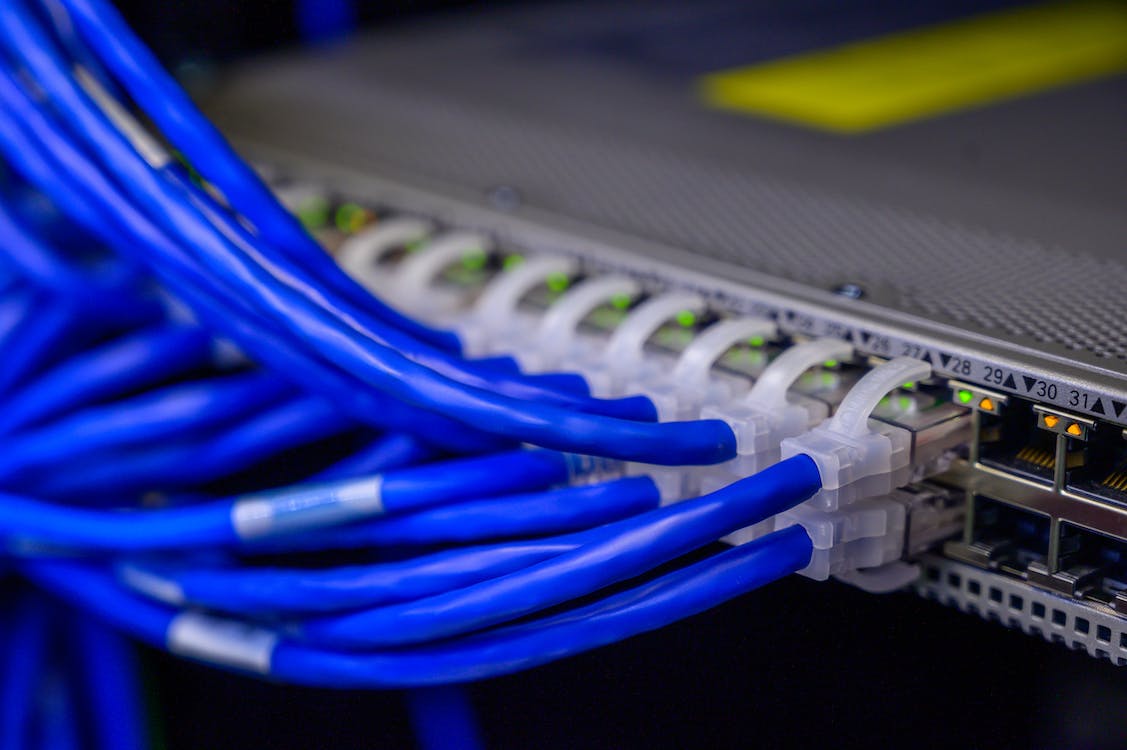 Luckily, that isn't necessary when I only have one physical machine! Once that one machine is hooked up to the router, that's really all I need for now. In the future, I might run my own router software and need a switch, but that isn't happening anytime soon.

There's been a recent wave of software defined networking (SDN) solutions, which create virtual networks and use software, rather than hardware switches, to manage connections between machines in a network.

Since I still have public services, I need some way to allow access in without having every stranger connect to my ZeroTier network. So, I have one (free) Oracle Cloud VM that's assigned a public IPv4 address while connected to ZeroTier. Its only job is to run a reverse proxy which allows public access to only the particular resources I want to expose- more on that later.

Another software-based alternative to ZeroTier is to run a VPN, such as OpenVPN or Wireguard. From a security standpoint all of these solutions are relatively similar, but running a VPN requires forwarding a port, and you'll be unable to connect to the network if the host machine is down.

Besides the Oracle Cloud ingress, I currently host six VM's on my main server, using Proxmox as a hypervisor:

With the exception of Arabia and Persia (which run Windows and TrueNAS Core respectively) all of the VM's above run Ubuntu 22.04. I chose Ubuntu since it works right out of the box-- also, I learned pretty quickly that while building servers, you want your core infrastructure to be as boring as possible. There's no correct distro choice, as long as you choose one that's reliable and familiar to you.

Now for the fun part! Here's all the stuff that actually lives on my setup. Future parts will go into far more detail about how you can set these things up for yourself. There's plenty more you can do with your own that I don't, but hopefully this gives you a taste of the power of homelabbing:

After hosting them, I need a way for users to easily access my external services. I happen to use Cloudflare as a DNS provider, but it really doesn't matter which one you use.

For all of the domains listed in the "Self Hosted" box, I have an A record mapping the domain name to my ingress server's public IP address. The Caddy instance hosted there then routes users to the desired resource.

My static sites are mostly hosted on Netlify, since I need the additional power over other solutions like GItHub Pages to configure builds and custom environments. If you're really into self-hosting everything, you could try to find a self-hosted CI/CD solution for static site hosting, but I didn't find it worth the effort for me since doing so would probably have a poorer user experience compared to Netlify.